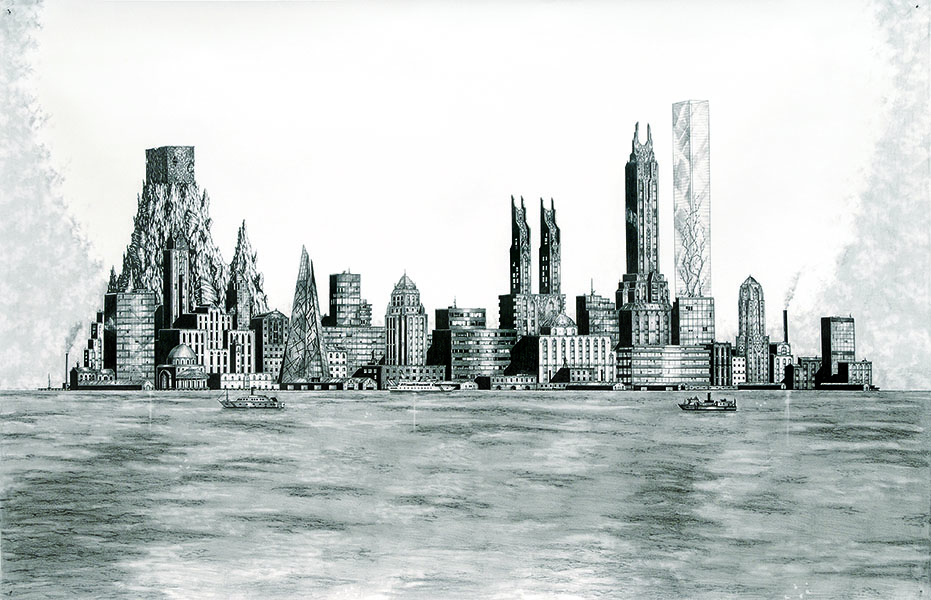 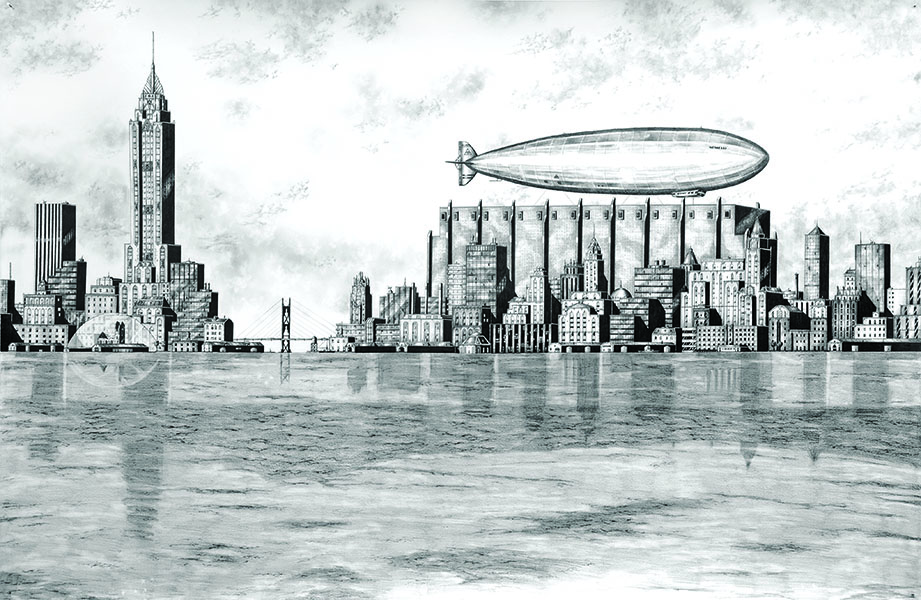 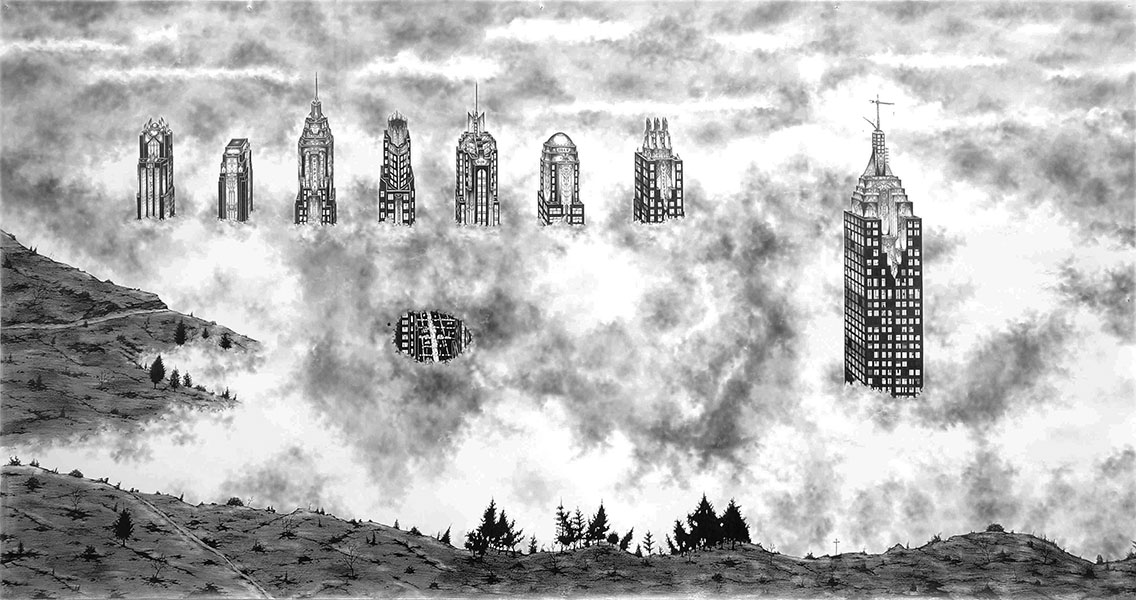 My work shows the contrast between religion and capitalism, which is depicted in a scenery of architectural landscapes. These landscapes show the contours of an imaginary city. A city which breathes the human ambition towards power and status. It’s large scale buildings reminds us of the industrial utopia’s which prevailed in the human mind, but failed to shine or provide peace and humanity in the real world. The most prominent facet of this city is perhaps its appearance, from which one can easily read that the main ideology of its inhabitants is capitalism. But this ideology has gained religious proportions.The city shows the self confidence of an utopia but also the emptiness of a deserted ruin.

The over towering Art Deco skyscrapers stand proud like medieval cathedrals, their decoration reminds us of the rich symbolism of the early Christian art, with all its references to spiritual suppression and revelation.The skyscrapers cast their shadow over desolate and damaged monuments which represent the lost moral standards and values of humanity, which have been exchanged for the never-ending spiritual search for capitalist redemption, which provides us with the luxury and convenience of modern day life.

In my work I try to create a parallel with our modern society. In which I believe capitalism has become a religion itself. And even in a way that people see it as a redeemer. My drawings show this concept not necessarily as a critique but rather to relativize and registrate a cultural phenomenon in an artistic manner.