Oscar van der Put was born (1989) in Eindhoven (The Netherlands) and lives and works in Ghent (Belgium). He is one of the founders of Kuiperskaai.

Oscar van der Put’s paintings have no need of titles. They all originate from a search for form; his silent quest both for and from white. When colours emerge on the white surface, the artist is always strong and consistent, but in no way does he censor himself. The movements on the canvas come about in a direct, even expressive way. Pulling the piece along too consciously, or hesitating too much, destroys the image, and he therefore tries to compose his canvases in just a few days.

van der Put allows himself to be guided by both the possibilities and the limitations of his technique and materials. The artist treats the natural linen with gesso in a virginal shade of white, thereby creating for himself a certain amount of breathing and thinking space. van der Put paints with egg tempera and prepares his paint himself. Subtle dabs are enough to mix the white in his mixing tray with the pigment granules, egg yolk and water. When manipulating the structure of the linen with the white paint and then creating the pigments, it is as though he has literally entered into his brushes. The tempera is unpredictable: although the drying process sometimes causes the colours to gain in intensity, more often than not it dulls them.
As if shrouded in a white mist, shapes rise up out of the luminous, pulsating surface. The ‘portraits’ – as van der Put himself describes them – do not tell a story, but are an inherent part of his experimentation with form. During the creative process, the colours and abstract
‘silhouettes’ take on a life of their own as the paint dries. And this goes even further: the canvases seem literally to come to life as the light in the surrounding space shifts, intensifies or fades, but also as the viewer alters his position in relation to the works.

Oscar van der Put’s work exudes an unusual freshness, which is partly due to the strength of his well-aimed brushstrokes, but also to the buzzing dynamic concealed in the depths of the white. The artist discovers a new world in the abstraction that he shapes with the energy of his base colours. His white is never entirely white: the pink shade, for example, is actually the base colour red. Two strips of white on, above or adjacent to one another create a subtle contrast, an exchange of nuances on the glowing canvas. van der Put uses this perspective, a ‘distant view’ in colours, as a kind of illusion, or visual deception. A dynamic force pulls and propels the viewer back and forth between the canvases in the space, on a wave of impressions.

In recent months, van der Put’s spatial and technical research has undergone a clear evolution towards ever-larger canvases. The artist cuts his rolls to size himself before stapling them to the wall in unpredictable shapes. van der Put stretches some of the canvases, thus making a definitive choice regarding the composition. Other canvases seem to become part of the wall, when he presents them straightforwardly, using a minimum of materials, and directly linked to the architecture of the space. 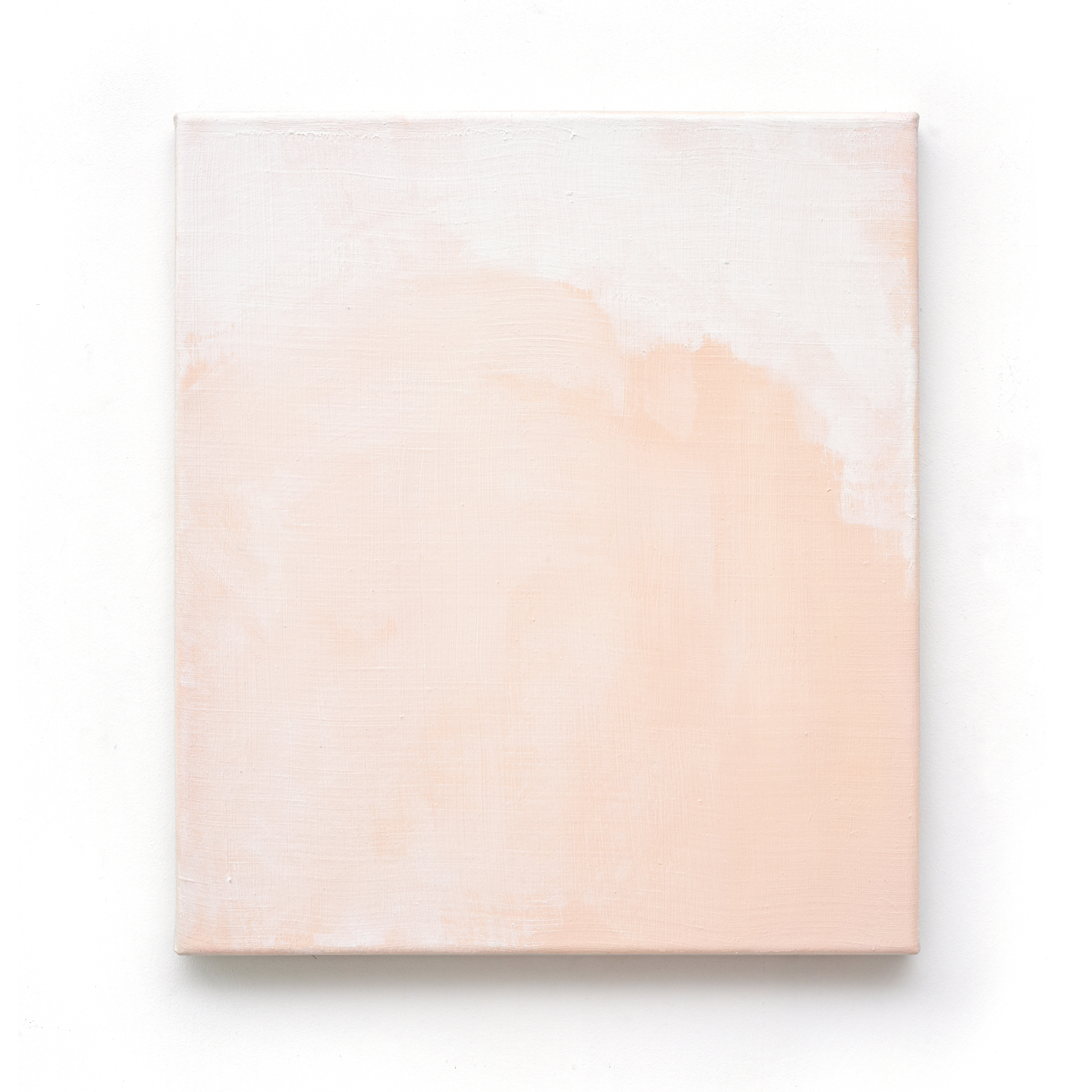 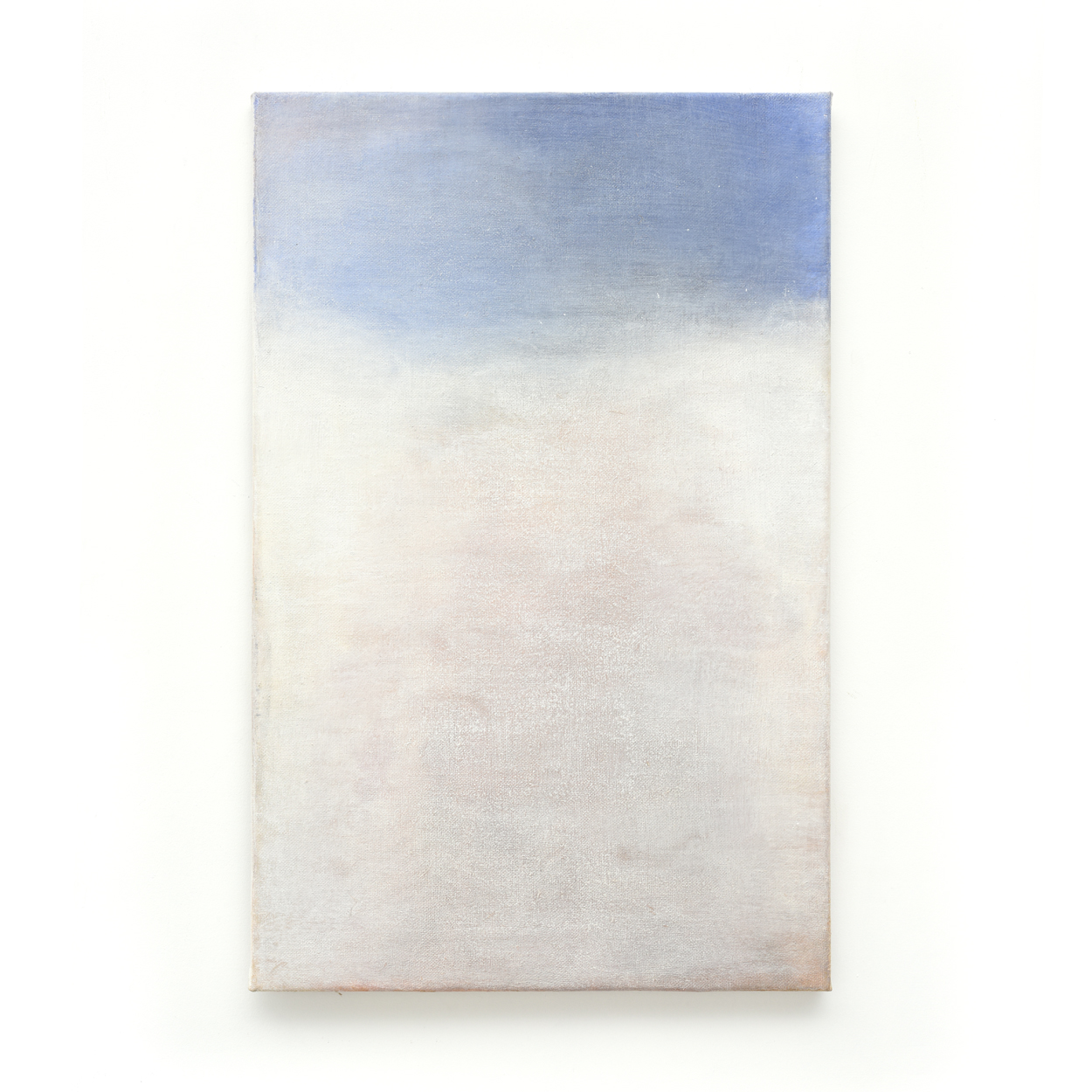 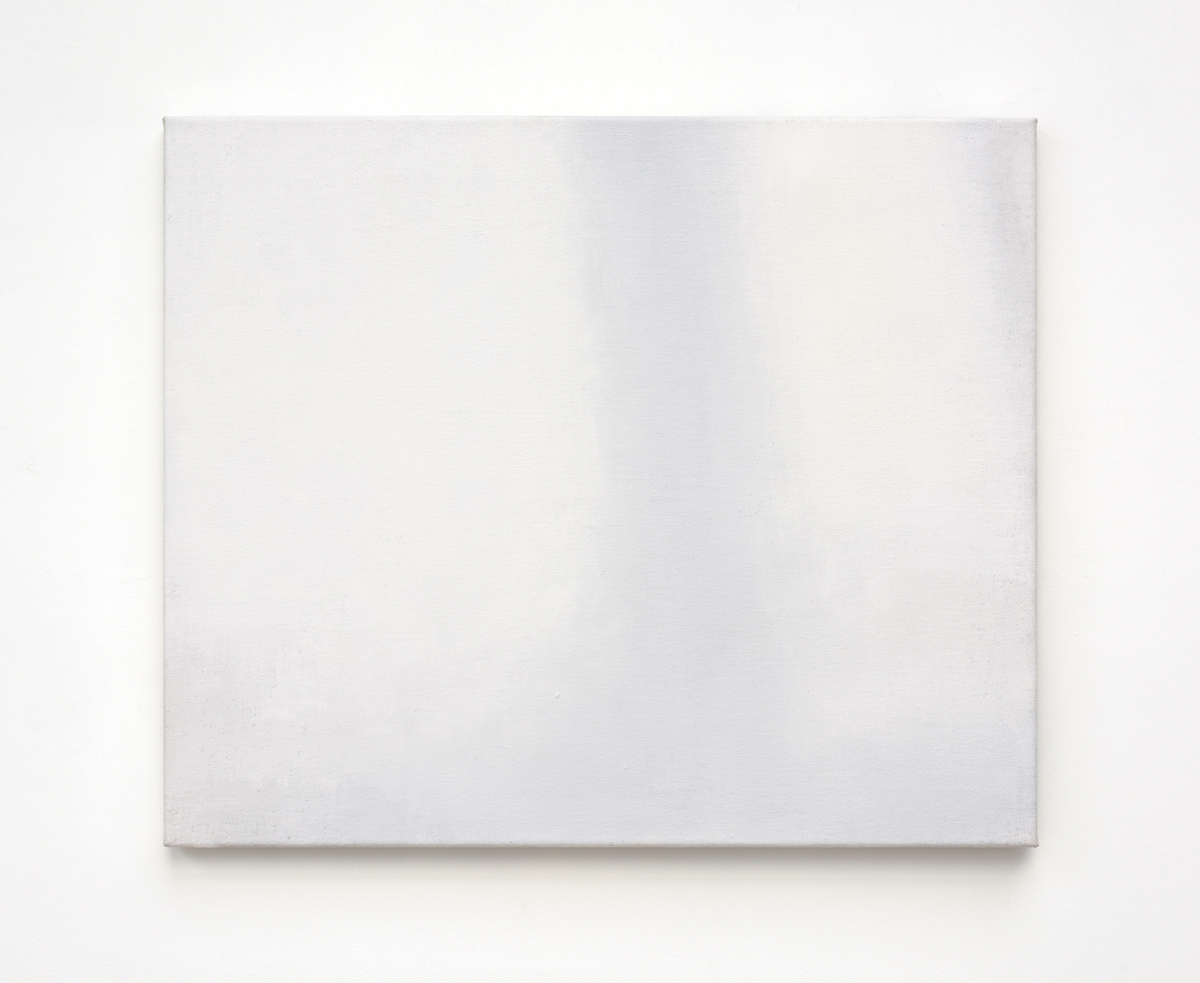 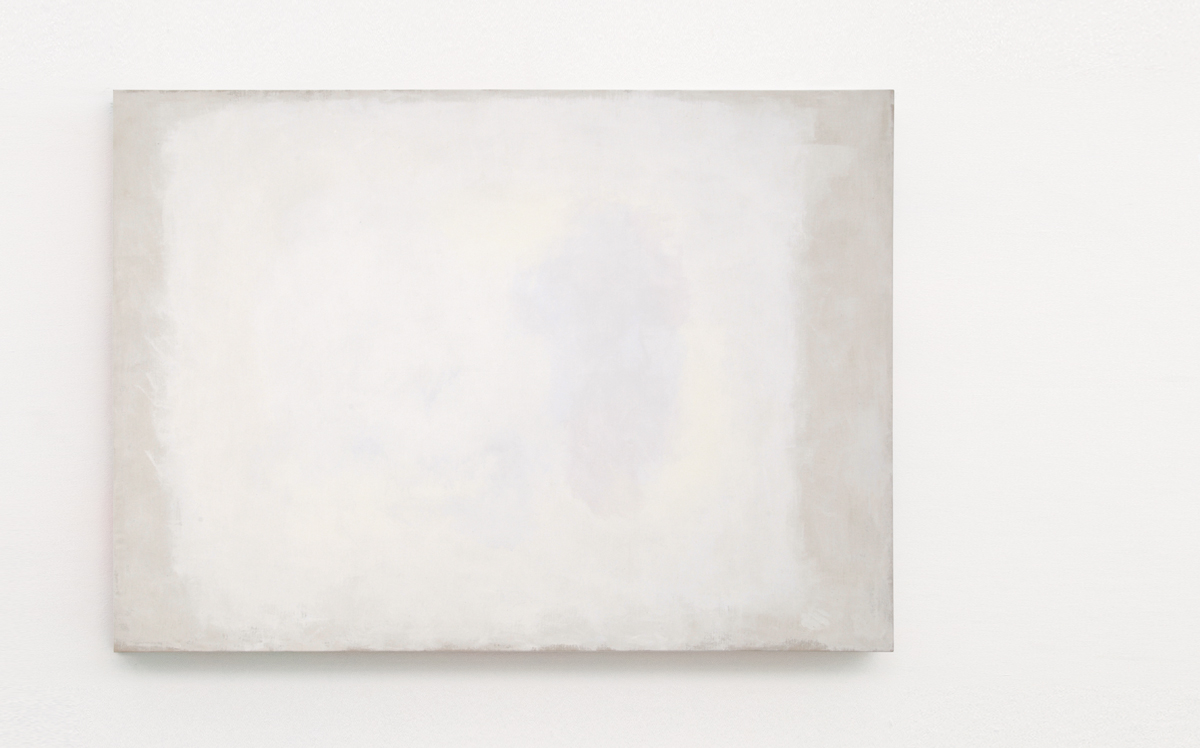 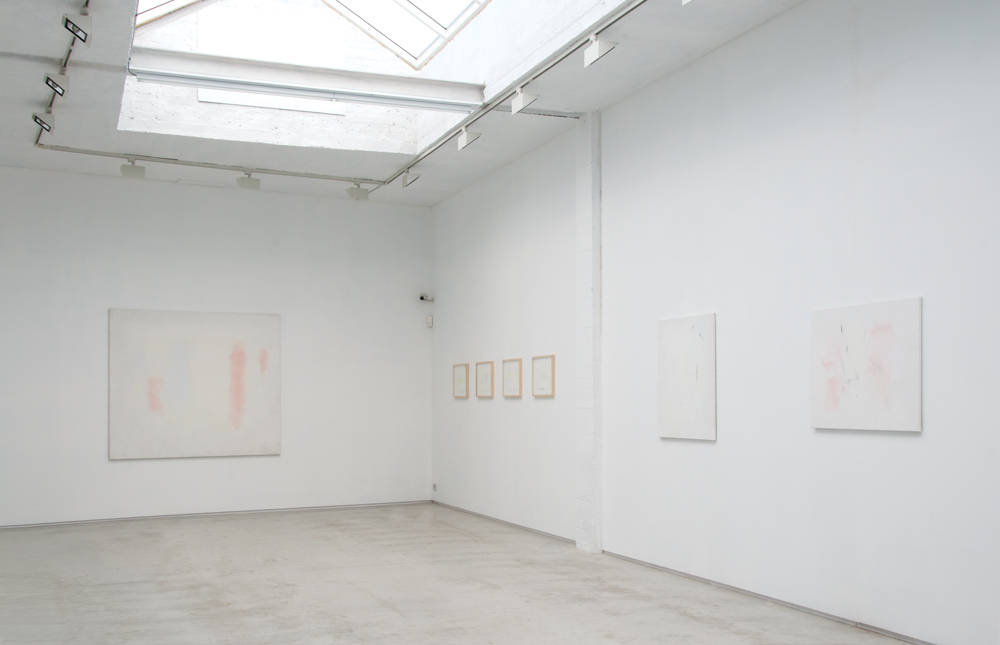