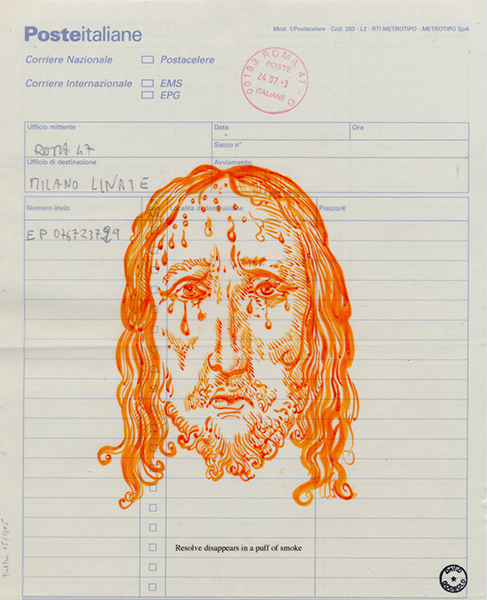 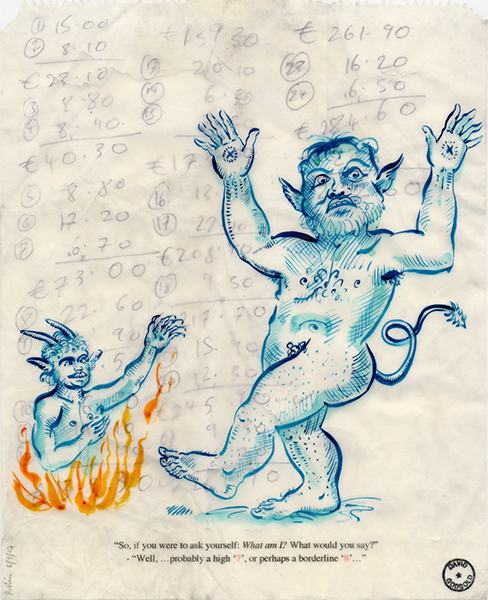 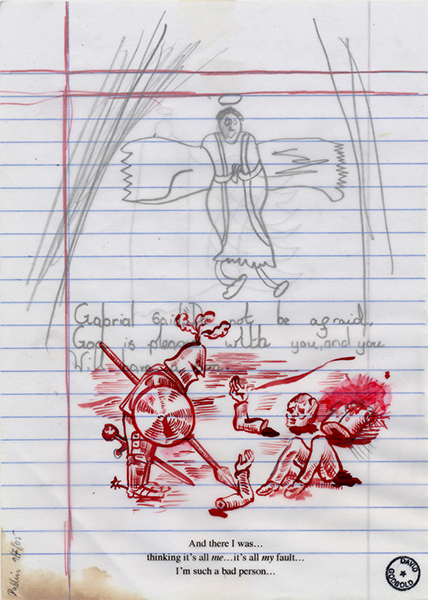 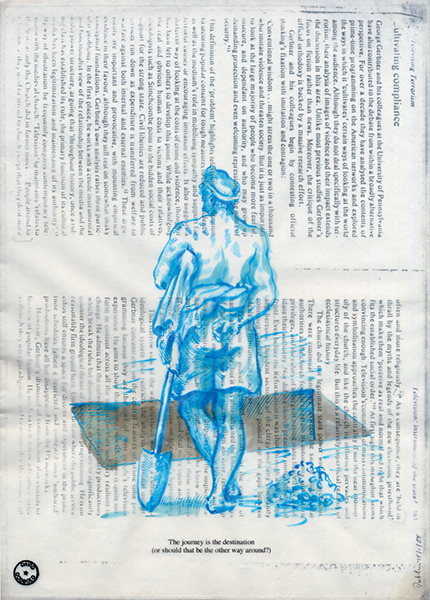 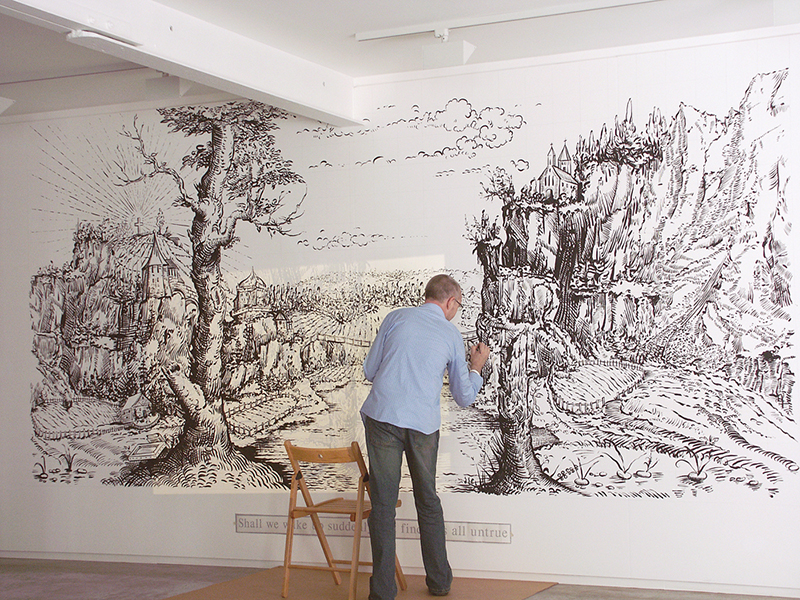 For the past ten years or so David Godbold’s work has mainly concentrated on the critical examination of the production of visual imagery in high and low culture, alongside a semiotic, epistemological and personal investigation into culture and linear historicism.

“Since Polke, Warhol and Lichtenstein, artists have been interested in how they can serve their own concerns by borrowing from mass art. Godbold’s drawings by contrast, mostly deal in intellectual culture. What is gained from popular culture is the idea that images and words can be profitably conjoined. Godbold’s art tends to be intellectually aggressive. Like a pupil who farts during the solemn graduation ceremony attended by well-dressed parents and visitors, he loves irreverence. And Like Baudelaire, whose Satanism captivates him, he is fascinated by, but also at the same time, disrespectful of Catholicism. As he has said: “Religion is a great (but explosive) vehicle for comedy!” Certainly religion makes a great subject for his art, which is to note that he responds to Catholicism in purely aesthetic terms. Very often he ‘comes off’ as a Catholic who has taken up reading Neitzsche.”

During a yearlong residency at the P.S.1. Institute for Contemporary Art in New York (1999-2000) Godbold began to make small drawings on tracing paper – styled somewhere between the work of the old masters and that of comic book ‘mass’ illustration – laid over found, humble and discarded materials. These have subsequently become central to his practice and are avidly collected. These quick, deft brush and ink drawings are complemented by typed texts that comment upon the business of the day-to-day living. It is often hard to find the definitive voice in Godbold’s works, one is never certain if it is the author speaking, the characters he creates or even an off-side narrator. Even if we can locate this successfully it is even harder to know when the expressed sentiments are genuine of deeply ironic. Alongside these small drawings Godbold makes large-scale programmatic wall drawing installations which are designed for particular geographic, political and architectural ‘landscapes’. All of Godbold’s practice, whilst frequently subversively funny, is simultaneously intended to be deadly serious.

Born in the U.K., and now living in Ireland, Godbold studied at Goldsmiths’ College, London (1981-4) and is currently completing a Ph.D. in art history and philosophy at the National College of Art and Design, Dublin. In 2005 Godbold was controversially selected to officially document the recent parliamentary elections in a series of drawings for the permanent collection of the House of Commons. After a protracted political struggle with the commissioning body, the work and a related publication are eventually due for release and publication in September 2005.